One possibility is that carriers will have to resort to purchasing even more expensive 0.1 per cent sulphur fuel that carriers currently use in sulphur emission control areas (ECAs), he said. There is an ECA that extends for 200 miles from much of the coast of the US and Canada. ECAs also exist in the Caribbean, North Sea and Baltic Sea, and countries bordering the Mediterranean Sea are currently considering creating an ECA.

Mr Burns said that it is also difficult to ascertain how expensive the 0.5 per cent low-sulphur bunker fuel will be given that it is still not available on the market.

He said that carriers are also concerned about whether they will be able to recover the cost of more expensive fuel or the scrubbers that some, like Hyundai Merchant Marine, are installing at a cost of US$5 to $8 million per vessel.

Mr Burns warned that if carriers are not able to recover their costs, it could lead to a service reduction.

In the same panel discussion, Walmart Global Logistics director Laura Crowe said the retailer tried to be fair in the contracts it negotiated with carriers earlier this year in recognising the higher cost of fuel, but wanted to assure itself the charges carriers will impose are actually designed to reimburse them for their higher costs and not a way to make extra profit.

In addition to trying to understand how much more expensive the low sulphur fuel would be, Walmart worked with lines to understand the switch-over process - when they would have to start cleaning tanks and getting ready for the switch to low sulphur fuel."We feel very comfortable with where we landed with our contracts," said Ms Crowe.SeaIntelligence Consulting chief executive officer Lars Jensen noted that the drone attack on the Aramco refinery in Saudi Arabia on September 14 is said to have knocked out five per cent global of refining capacity. He said the attack could have an even bigger implication for IMO 2020 because damage to desulfurisation units could reduce the ability to make clean fuels by an even larger percentage.If a disaster such as the damage to the desulfurisation units at the Aramco refinery made it impossible for ships to obtain fuel to meet the IMO 2020 regulation, Mr Burns said: "I have to believe that our governments would kick in and relax regulations for a certain period of time."JB Hunt Transport Services senior vice president Sarthak Verma said it is unclear what impact the increased bunker fuel costs as a result of IMO 2020 will have. The longer distance to ship cargo from many Asian destinations to the US east coast could result in some shippers deciding to route more Asian cargo to west coast ports.

On the other hand, the price of diesel fuel needed to move cargo by rail and truck from the US west coast to the east coast or inland destinations could also rise due to the need for more low sulphur bunker fuel.However, a slowdown in the world economy and more efficient use of fuel could lower demand for fuel, said Mr Verma, which is another factor that could blunt the impact of IMO 2020.Various shipping trade organisations are urging strict enforcement of the IMO 2020 regulation. On September 18, the World Shipping Council, BIMCO, Cruise Lines International Association, and the International Parcel Tankers Association, urged member states of the IMO to "fully implement" the new 0.5 per cent sulphur cap."Recent reports suggesting that some nations might not fully implement the new rules are disturbing. Lack of full implementation would risk undermining improvements to public health and the environment," said WSC president John Butler.While the switch over to low sulphur bunker fuel may be disruptive in the short term, at the end of the day Mr Jensen questioned whether the increased cost of complying with the IMO 2020 regulation will have a major impact on the container industry.He said bunker fuel currently costs $450 per tonne and that current indications are that low sulphur fuel will sell for $650-$700 per tonne. From 2011-2014, he said standard bunker fuel sold for $700-$750 per tonne.During that time "this industry operated perfectly well," he said. 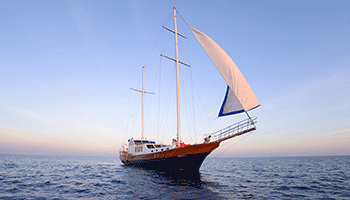